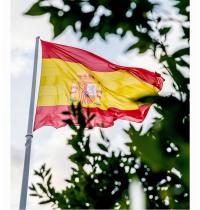 Individuals who acquire tax residency in Spain as a result of a labor transfer, can choose to pay as non-residents, being subject to lower tax rates than those that apply to traditional tax residents.

In the present competitive global economy, countries are forced to implement mechanisms to attract foreign investments, facilitate the establishment of companies in their territory and the hiring of highly qualified management personnel. In this regard, Spain has implemented various initiatives, including the approval in 2005 of the Special Regime for Displaced Workers, known as the Beckham Law.

Through this regime, expatriate workers in Spain who take refuge in it can be taxed as non-residents, maintaining the status of tax residents in Spain, during the tax period in which the change of residence occurs and during the following five tax periods. This regime represents a great benefit for those who accept it.

Taxing as a non-resident allows obtaining a large tax savings since they will pay 24% for work income that does not exceed 600,000 euros, and must pay the rest of their income at the 45% marginal rate, which implies a more favorable taxation than the one provided for in the general scheme.

Conditions to qualify for the regime

In order to benefit from this special regime, the following requirements established in the legislation must be met:

a) That they have not been residents in Spain during the ten tax periods prior to the one in which they are moved to Spanish territory.

b) That the displacement to Spanish territory occurs as a result of any of the following circumstances:

1. As a consequence of an employment contract, with the exception of the special employment relationship of professional athletes regulated by Royal Decree 1006/1985, of June 26. This condition will be understood as fulfilled when a labor relationship, ordinary or special, other than the one indicated above, or statutory with an employer in Spain, or when the displacement is ordered by the employer and there is a letter of displacement from it.

2. As a result of the acquisition of the status of administrator of an entity in whose capital one does not participate or, otherwise, when the participation in it does not determine the consideration of a related entity in the terms provided in article 18 of the Law of Corporation Tax.

c) That one does not obtain an income that would be qualified as obtained through a permanent establishment located in Spanish territory.

How to get into the regime

In order to benefit from this option, the interested party must first proceed to register with the Tax Obligatory Census by submitting Form 030, once this condition has been met, Model 149 must be submitted to the Tax Administration. This last model will also be used to renounce this regime or when any of the determining conditions for its application are not met. Likewise, the annual income tax declaration will be made through the presentation of model 151.

However, it should be noted that the exercise of the option to pay for this special regime must be carried out within a maximum period of six months from the date of commencement of the activity recorded in the registration in the Social Security in Spain or in the documentation that allow, where appropriate, the maintenance of the Social Security legislation of origin.

On the other hand, taxpayers who apply for this regime may also apply to the Tax Administration for their Certificate of Tax Residence in Spain in order to prove their status as a tax resident in the country for the purpose of availing themselves of any of the agreements to avoid the double taxation subscribed by Spain.

Those interested in obtaining additional information can consult Law 35/2006, of November 28, on Income Tax for Individuals and the Tax Regulation, approved by Royal Decree 439/2007.