Strategic Alliances; Good for the Client, Bad for the Supply Chain? 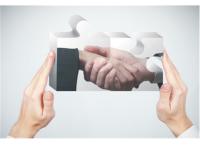 Alliances have been around for centuries, both commercially and politically, but it’s the recent fashion for combining customer bases that has the business and financial world taking serious note.

Two giants of European retail have just announced their own strategic alliance.  Tesco, the UK’s largest grocer and Carrefour, Europe’s largest food retailer have combined to form a giant purchaser, placing their vast supply chains in a period of uncertainty.  The alliance will control more than 19,000 shops, which Tesco and Carrefour say will increase choice and lower prices for consumers.  One part of the reasoning behind this is protection of profit in an uncertain economic time; Philip Benton, a research consultant at Euromonitor International, wrote: “Tesco may also see this as a safeguarding of risk against possible supplier price rises in the event of a hard Brexit.”

Another part of the rationale behind this alliance is to try and claw back market share lost to discount retailers such as Aldi and Lidl and of course, the massive growth in online, particularly from Amazon, who now own Whole Foods Market and look set to become a disrupter in grocery retail.

Whole Foods Market are currently expanding their network of stores with its first European outlets opening across the UK.  They currently have 7 stores across London, with their appeal being the direct opposite of discount retailers.  Known in the US as Whole Paycheck, the brand is focused on organic, locally sourced produce. One of the innovations Whole Foods Market brought to US retailing was the implementation of Conscious Capitalism into its business model.  One of the four pillars of this idea is the principle of stakeholder integration where customers, employees, suppliers and investors all take an equal place in the integration of the conscious company.  Whole Foods Market had a very robust set of rules about working with suppliers; not cutting the prices paid, honoring supplier targets,  loyalty to suppliers, even joint funding programmes to bring produce onto the shelves from suppliers who would struggle to meet demand where production was boutique.  With the Amazon takeover and the potentially almost limitless markets it has access to, will price now take precedence over respect of suppliers?

The Amazon takeover of Whole Foods market made markets very jittery in Europe.  “Clearly whoever and whatever Amazon looks at, the fallout from that is who they don’t take over,” said Shore Capital analyst Clive Black in London. “Amazon has the ability to put the fear of God in any of its competitors.”

So if the rationale for strategic alliances is to form viable competition in a VUCA world, who is taking advantage of it?

One of the first and most successful alliances was Barnes and Noble and Starbucks.  With a Starbucks in every Barnes and Noble bookstore across the country, there’s double the reason to shop there.  Where other book retailers have failed in the wake of e-readers, Barnes and Noble remains the only national book seller in the country and is optimistic with a new business model focussing on customer experience despite laying off 1500 employees across the chain.

The Illinois based Walgreens Boots Alliance reported sales $118bn in 2017, making it by far the largest retail pharmacy business in the world.  Consequently they are able to manufacture past patent drugs at much lower cost than brand name rivals and distribute them globally as well as sell high end own brand make up and skincare.

Spotify and Uber, two massive disrupters, joined forces in 2014 to provide music control to Uber customers.  People with premium Spotify accounts  are able to listen to their own music choices in cars booked through Uber. The interesting thing about this alliance was how Spotify was affected by the troubles Uber has faced in recent years. Alliances can also bring risks… in the age of the brand and the millennial, the massive importance of reputation cannot be underestimated.

So what do alliances and consolidation in our industry mean for the supply chain?  Team and Sirva have just announced their merger, creating a huge RMC with a vast global network of suppliers.  We can only speculate, but these alliances will continue and will almost certainly put pressure on supply chain members to increase cost savings, increase compliance and produce more bulk services at lower prices.  In a VUCA world, understanding and implementing alliances has never been more important.  Providers such as Dwellworks woke up to this some time ago and have  built their business model on diversity and partnership, bringing successful partners into the group.  Alliances matter, partnership matters more.

Dominic Tidey is the C.O.O. of EuRA, the European Relocation Association.  EuRA is the professional industry body for relocation providers and affiliated services. As a non-profit organisation EuRA aims to promote the benefits of a professionally managed relocation to companies with globally mobile employees.