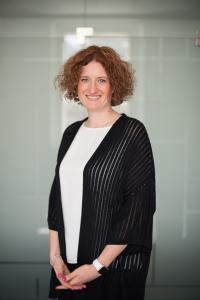 Irina joined Intermark, now leading relocation, immigration and moving company in Russia and CIS, in 2007. During her tenure, Irina grew to become Managing Partner and Shareholder of the company while continuously driving and perfecting the business to expand in both service and geographical coverage. Under Irina’s supervision, Intermark established in 10 countries, including Russia, Azerbaijan, Belarus, Kazakhstan and Ukraine, launched in-house operations of relocation, immigration and HHG moving services provided to international corporates and relocation management companies.

Irina holds two Masters Degrees in Cross Cultural Communications and Strategic Management. Born in Moscow, multi-lingual and having been expatriate herself, Irina continuously strives to improve the process at every step of the way exceeding client’s and customers’ expectations.

An Irish national, David has lived abroad almost continuously since an Erasmus year spent in Spain as a student. After stints working in Spain and the Middle East, David relocated to Russia in 1996 with a multinational soft drinks company, and worked for 9 years in the consumer goods industry, living in various cities throughout the country. David entered the Relocation business in 2005, and established Troika Relocations in 2007.

Based in Moscow, Troika Relocations is now the largest independent DSP in Russia. Troika also have operations in Kazakhstan and Azerbaijan.

David is committed to a number of business organisations in Russia. In April 2018, he was elected to chair the Human Resources Committee of the Association of European Businesses, the largest organisation representing international companies in Russia.

Troika are also active members of TIRA, the network of quality mobility service providers, and David currently serves on the board of that organisation.

Privately, David is closely associated with the Irish business community in Moscow, and for many years has served on the committee of the Irish Club. The Irish Club hold two charity fundraising Balls per annum, benefitting local charitable organisations.