Day to day activities are coordinated by EuRA's appointed CEO Tad Zurlinden and COO Dominic Tidey. Supported by the EuRA administration team, they are based in the UK. This is your team of EuRA professionals: 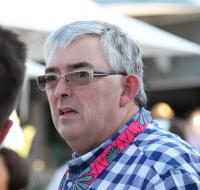 Tad Zurlinden is the CEO of EuRA. Tad has been part of the relocation industry for over 25 years, starting his career as a relocation professional in East England. He joined the UK ARP as a founder member in 1986 and was approached by the Board to take on its administration in 1987.

Tad was part of the original Steering Group charged with undertaking the feasibility studies of the viability of a pan-European relocation organisation in 1996. Since then he has worked with the Councils and Presidents of EuRA and is proud to have been part of the success of the organisation. Tad was then part of the original 2001 Steering Group charged by the industry to set up the European Academy of Relocation Professionals, or EARP, which has gone on to provide the first accredited European Training in 12 countries.

Tad is a well known figure throughout the international relocation industry and is frequently asked to speak on global mobility issues both to the corporate and HR communities.

In recognition of over 25 years of innovation and dedication to the relocation industry, Tad was awarded the prestigious Relocation Personality of the Year Award by Re:Locate Magazine in 2011.

Tad can be emailed at tad@eura-relocation.com 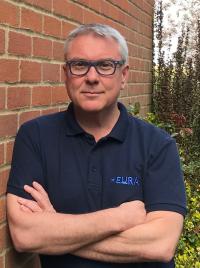 Dominic Tidey is the Chief Operating Officer of EuRA and has been involved in the relocation industry for the past fifteen years, beginning as the Publications Manager for the UK ARP. Dominic takes specific responsibility within EuRA for the development and delivery of the regional and international training programme.

Dominic developed the EuRA Service Methodology, one of the central parts of the EuRA Quality Seal and is part of the Quality Seal Strategy group. Dominic also works on conference co-ordination, oversees office activities and edits The EuRApean. In 2009 Dominic worked with the team at the International Centre for Leadership Development at Oxford Brookes University to develop a ground breaking online training programme in Relocation Coaching. This programme is currently being updated and the first three modules are online on the EuRA Academy.

Dominic's primary role within EuRA is to oversee project management and he works closely with the EuRA Board to implement new initiatives. Dominic graduated in LLB Hons (Law) in 1991 and successfully completed a Masters Degree in Social Work in 2003.

Dominic is currently working on expanding our free to access online training MIM and MIM+ programmes which are now all housed in the EuRA Academy.

Dominic can be emailed at dominic@eura-relocation.com 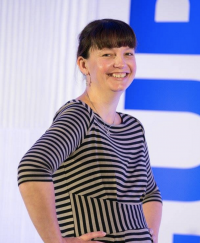 Briony joined the EuRA team in 2010 as Accounts Administrator after a career break following the birth of her daughter, having worked within Insurance Management for over 10 years.  In 2015 she was promoted to Lead Operations Co-Ordinator.

Briony is responsible for the EuRA Administration, including Member Services (website, Directory of Members, internal and external enquiries), Events (co-ordinating the bookings and invoicing for all EuRA events) and Training (including overseeing the maintenance of the EARP delegate administration programme). She has specific responsibility for overseeing EuRA's income and expenditure.

Briony can be emailed at briony@eura-relocation.com 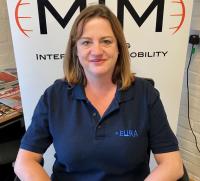 Maree joined the team in September 2014.

Previously working in Customer Services at Nielsen Bainbridge, Maree is an experienced and confident Administrator. Maree takes an active role in event planning and has overall responsibility for memberships. She also supervises the worldwide roll out of the EuRA Global Quality Seal program.

Maree lives in Norfolk but is originally from South Africa. She is fluent in Afrikaans.

Maree can be emailed at maree@eura-relocation.com